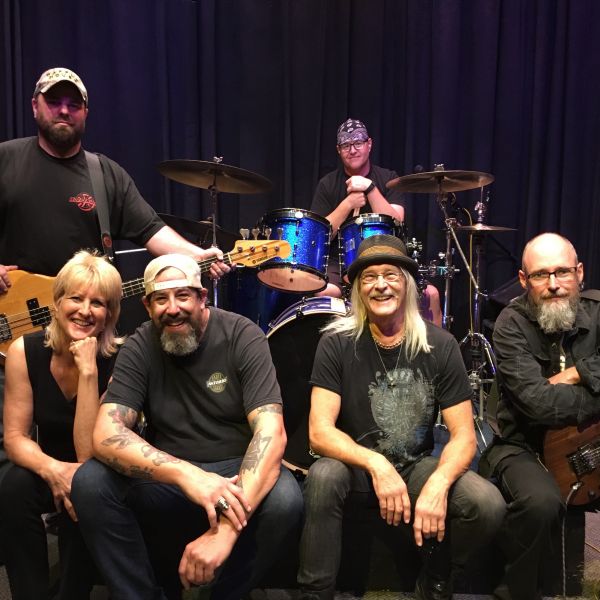 In Frontline Records Rewind Episode 77, host Les Carlsen continues his conversation with rapcore group, Every Day Life (EDL), during a reunion rehearsal, 15 years after their last album. Listeners are treated to a couple live performances from that gathering and more of the juicy details behind some of their most controversial songs.

Members Tedd Cookerly, Carl Weaver, Eric Wilkins and Jim Rupe share insights, but lead singer, Cookerly, is particularly transparent. He calls himself â€œa kid on welfareâ€, claims â€œeverybody tolerates Teddâ€ and explains how EDL used their music as a voice for people who were searching for a commonality. Songs they wrote expressed empathy for victims of church vanity, rape, those who were belittled and youth who suffered from depression. Songs discussed in the episode were recorded on â€œAmerican Standardâ€ (Frontline) and â€œMoment of Clarityâ€ (KMG).

Teddâ€™s colorful narration includes a story of how Allan Aguirre (Scatered Few) prevented him from punching the lead singer of a Christian band during a concert. Another time he threatened to punch the nose of a Focus On The Family article writer. (Tedd often went looking for fights with those he believed disrespected friends and other Christian music pioneers.) Listeners will want to hear all the tales. Tedd even explains where babies come from!