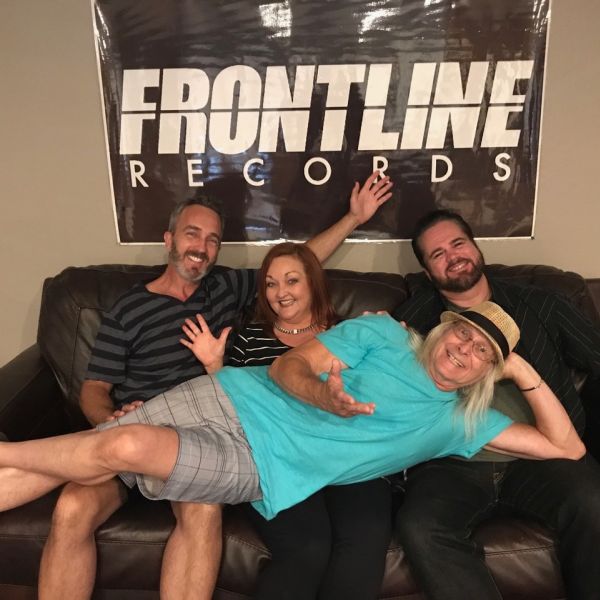 In Frontline Records Rewind Episode 73, host Les Carlsen gets together with Crumbacher members Stephen Crumbacher, Dawn Wisner Johnson and Jimmy Wisner, and into their "party in a box"Â pop-dance style. Stephen talks about breaks he got in the early 1980's when he submitted a demo tape to Maranatha! Music, which lead to a track on MRC and Broken Records compilations, which lead to their 3 albums released on Frontline Records: Escape From The Fallen Planet, Thunder Beach and Tame The Volcano.

The group's multi-keyboard style was attractive to Ojo Taylor of Undercover, who produced the first tracks. They also surprised Ojo when all three members gathered around a studio microphone and belted out their epic harmonies. In this episode, listeners are treated to an acappella intro of "Interstellar Satellite".

Stephen wrote Crumbacher's deep lyrics, with Biblical foundation. In fact, he provided scripture references supporting each song, which is why their music is timeless. The three original members are kind of timeless too, attending the same High School in Southern California and their families are still close today. Listeners get to experience the harmony of their relationship and vocals in this rare interview.