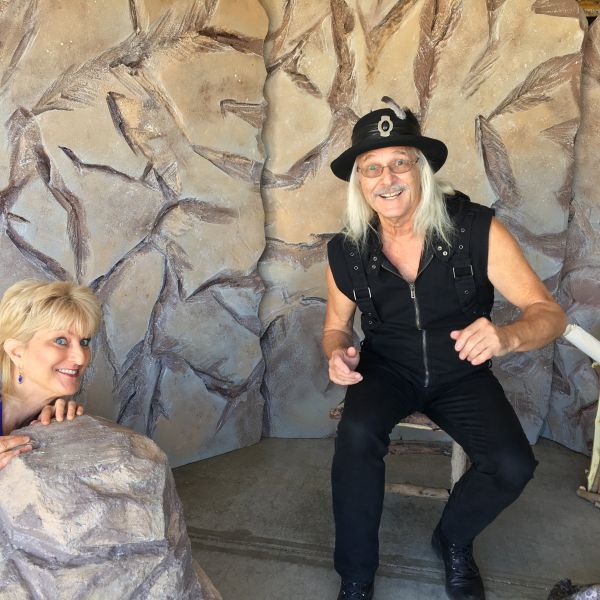 In Frontline Records Rewind Episode 65, Executive Producer, Adel Meisenheimer, interviews Les Carlsen. She asks what Les was doing before he became famous as host of the show (haha). Listeners will hear about his dynamic musical history, including a star role in the Broadway musical, “Hair”, and how he transitioned from sex, drugs and Hair to a Christian heavy metal band, Bloodgood.

Since writing, singing and recording albums with Bloodgood on Frontline Records in 1986-1990, his musical and theatrical journey continues. In 2013 Bloodgood independently released “Dangerously Close”. Les collaborated with long-time friend, Don Cromwell (bass player for Eddie Money, Air Supply), releasing the album “The Lucky Side”. And in 2016 he has been memorizing a 90-minute monologue for the play, “St. John in Exile”, which opened in October and will be touring the country. In closing minutes of the episode listeners are treated to a snippet of the play, as performed by St. John himself, with Bloodgood standard, “Seven”, playing in the background.