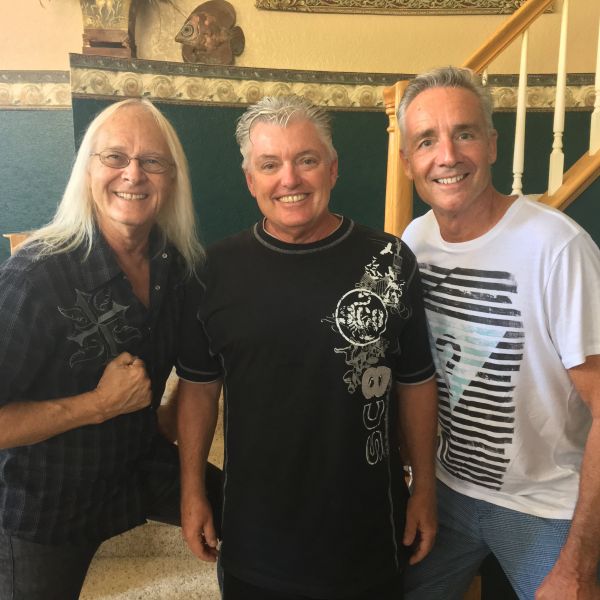 In Frontline Records Rewind Episode 63, Steve Shannon and Mark Ambrose, of Idle Cure, captivate host Les Carlsen and listeners with stories of band history, song inspiration and an angel appearance in Paris. Songs introduced are from their albums, Idle Cure (1986) and Tough Love (1988).

Mark talks about how they hit a wall and almost gave up on the writing of their trademark song, “Breakaway”. Not only was the song a chart-topping hit, it enticed Mark to stay with Idle Cure, in spite of earning his recent accounting degree from USC. Steve tells the story of how radio and distribution execs didn’t believe he sang vocals on “Take It”, because it was so mellow and different from others. Well, Steve did back then, and he sings an intro for the song on Rewind!

Listeners also learn how the name “Idle Cure” was selected from a name search contest conducted by Frontline Records. The band has a rare treat –a limited supply of vinyl albums (still sealed) of their original debut self-titled album. Check out Idle Cure FaceBook page for purchase details.