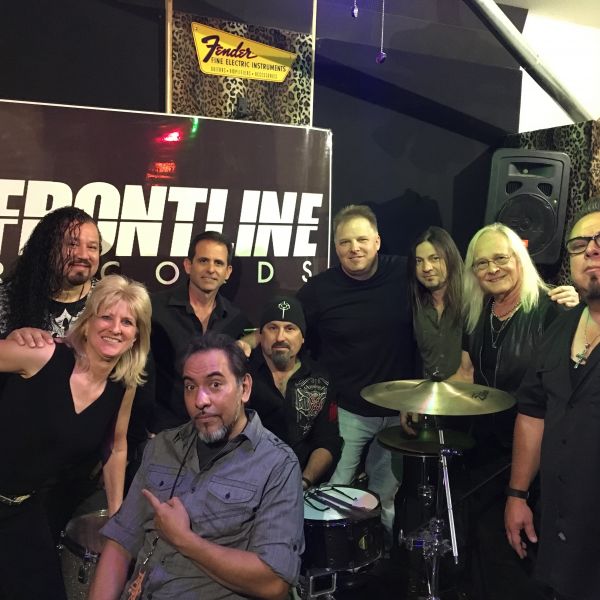 In Frontline Rewind Episode 57, several RECON members gather at guitarist George Ochoa’s home to play music and reminisce about their long history together. Humorous topics include: members’ unique roles, George’s leadership style, 30-minute road trips and players’ initiation into the band. A live performance of “Take Us Away” was recorded exclusively for Frontline Rewind listeners during this reunion weekend.

Simultaneous with the release of this Rewind interview is RECON’s 25th Anniversary re-issue of Frontline Record’s BEHIND ENEMY LINES on CD and Vinyl by Roxx Productions. It includes the 10 original songs, plus bonus tracks. Copies can be purchased at www.roxxproductions.com.

Members are sharpening their chops for upcoming concert events, including one with STRYPER in L.A., as WORLDVIEW, a band that includes several RECON members and Rey Parra (former lead singer of SACRED WARRIOR). Details at: www.worldviewmetal.com.