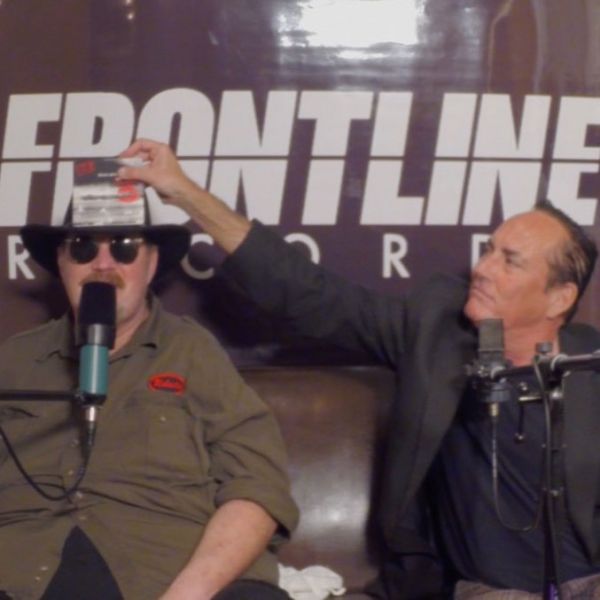 Brian Healy of Dead Artist Syndrome returns to guest host our 50th episode of Frontline Rewind! Healy gets together in studio with the one and only Michael Knott (LifeSavers, LSU) to celebrate digital release of his albums, â€œThe Grape Prophetâ€ and â€œHeaven Highâ€. These guys are good friends and this episode is filled with camaraderie, transparency and free-flowing wit.
Knott reveals the back-story for his rock opera, â€œThe Grape Prophetâ€ (L.S. Underground). Songs relate his experience with a Southern California church he attended that had self-proclaimed prophets from Kansas City. Tune in to hear details. Michael performs acoustic renditions of several songs from the album, available digitally for the first time since its 1992 Blonde Vinyl Records release.
Healy also urges Knott to talk about a Saintly influence for â€œHeaven Highâ€ (LifeSavers), a crowd-funded CD that released in 2014, available digitally now for the first time. Knott talks about Saint Clare of Assisi, whose picture is on the cover, and her story. He describes the album as a â€œbombastic love-fest of hope and truthâ€. Now thatâ€™s worth checking out!