 Rewind Episode 80: The crew wraps up 6 years of radio/podcast entertainment and closes a chapter on a program featuring music and memories from a variety of recording artists.

In Frontline Rewind episode 80, the crew wraps up 6 years of radio/podcast entertainment and closes a chapter on a program featuring music and memories from a variety of recording artists. Rewind Recap Finale hi-lights 12 guests on the show performing live renditions of songs they recorded in the ‘80s and ‘90s Christian music scene. It is difficult to choose material from 79 episodes and over 40 artists in a 1-hour recap episode, but here is the line-up: Michael Knott, Freedom of Soul, Deliverance, Jon Gibson, Bloodgood, Altar Boys, Recon, EDL, 12th Tribe, SFC, Preachas In Disguise and Lanny Cordola. Original host, Brian Healy (founder of Dead Artist Syndrome), proposed the show to Adel Meisenheimer (whose company owns and manages Frontline Records catalog and others) and deemed her “Executive Producer”. His radio voice and DJ experience created a fun, some-what professional, experience as he presented playlists introducing or reminding listeners about music of artists in mixed genres. Due to health issues, Healy could not continue. But in Episode 32, Les Carlsen (lead singer of Bloodgood) was a guest host and then agreed to full-time, launching his “reality TV” style, getting together with artists in an interview/music format. Friendships were made and bonds created between Rewind crew and artists. Listeners were treated to stories from musical and spiritual journeys, live performances, commentary for musical works and updates on current activity from the Frontline family. It is bittersweet to announce the Finale of Frontline Records Rewind and our hope is that many benefited. Episodes can be enjoyed for generations on FrontlineRecords, YouTube and iTunes. Thanks for your support! Scotty… call the limo. We’re outta here!

Be the first to know about new releases, products and special events by signing up for the Frontline Newsletter. If you sign up right away, we will send a link to download both our Love Found sampler album and our Love Actually sampler album, absolutely free! The Frontline Newsletter is sent out approximately once per month. We promise to never spam you or sell your email address.

I recently finished listening to every single podcast from Frontline Records Rewind. It took me quite a while, since I discovered the podcast long after it first started, and started at the beginning. After listening to every episode, I feel like I have completed a university level class in The History of Alternative Christian Music. This is one amazing collection of podcasts, and when you are finished, you will know more than you ever have about what these artists endured when they were trying to spread the gospel using a sound that was not always welcome in the Christian world at the time. You will cry, laugh, and be amazed at some of the stories they share. You will have a better appreciation for the music itself, and will have much more respect for the talented artists that created it. I discovered, through this podcast, a few bands I never even knew existed, and have added some albums to my collection. Thank you, Frontline, for this podcast. I truly hope you continue.

Write a review about something you've discovered on Frontline Records Rewind show, remind the world about that amazing album you’ve been treasuring for years, or let the community know how much your favorite Frontline artist has inspired you. You’ve been listening to us since 1986 and now we want to hear from you.

You have been added to the Frontline Records Newsletter

We will not spam you or sell your email address. You will only receive announcements about our new products, releases and special offers. Be sure to read our privacy policy for more information.

Your submission has been entered. Good luck!

The music & mission of BLOODGOOD has been a vital stepping stone and driving force in the maturing process of Christian Metal since their 1986 debut release on Frontline Records. Platinum-selling sophomore record "Detonation" strengthened the band's signature style of theatrics, power & emotion - staples that would solidify their place in rock music history. In 2010 BLOODGOOD was inducted into the CHRISTIAN MUSIC HALL OF FAME for their influential contribution to the music industry. 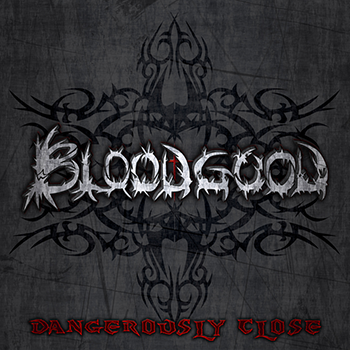 BLOODGOOD's music has been released all over the world, spanning 6 studio albums and 7 official live releases in their discography, with their new studio record release November 29th, 2013 titled "DANGEROUSLY CLOSE” (available on Amazon and iTunes).