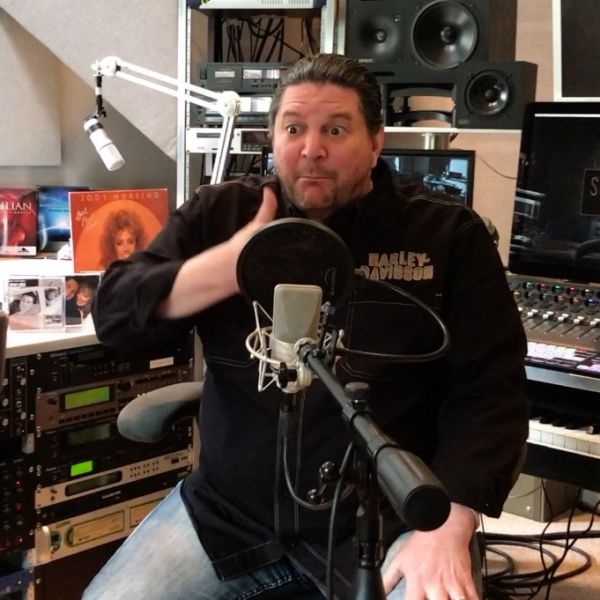 In Frontline Rewind episode 79, Executive Producer Adel Meisenheimer continues her conversation with Scott Frankfurt, of Street Called Straight. Listeners will recognize many names of musical heroes, friends and clients he has worked with since the 1980â€™s. The show features tracks from â€œHeartsongâ€, recorded on Frontline Records by this pop husband-wife artist duo, with guest appearances from some very accomplished musicians.

â€œPick Up The Piecesâ€ is a duet with Jody Moreing-Frankfurt and Philip Bailey, of Earth Wind and Fire, a group Scott still works with. Listeners hear a humorous story about the time Howard McCrary came to work on their track, â€œTo Save Youâ€, which happened to use a song in the intro that he wrote for Gospel great, Shirley Caesar. Jody, who passed away in 2006, truly looked forward to heaven and many of her songs reflect it, including those on two albums released after Frontline Records: Well In The Wilderness and Saints In The Light.

Scott Frankfurt Studio in Los Angeles provides an exquisite recording environment. Scottâ€™s experience, skill and humility has attracted many notable, famous musicians and artists, too numerous to name here. Sergio Mendes was there the day before Scott opened his door and heart to the Rewind crew. The Studio is no longer private and he will work with those who are â€œdoing it for the right reasonsâ€. Listeners will learn more about the reasons that motivated the music of this artist couple.