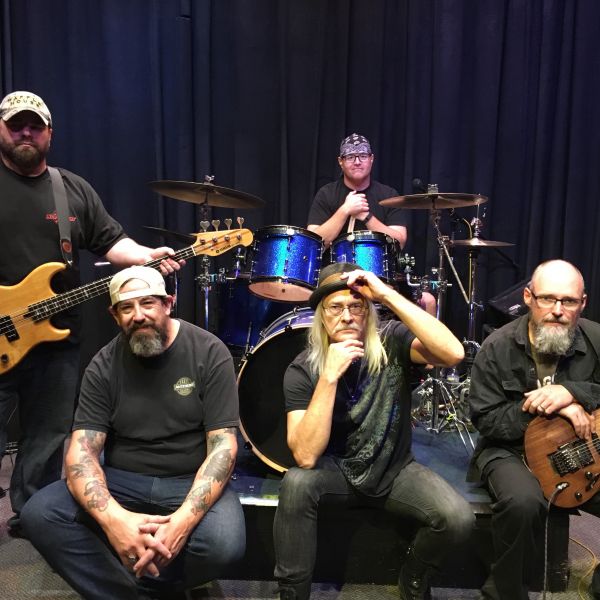 In Frontline Records Rewind Episode 76, host Les Carlsen walked into a SoCal studio to sounds of rapcore by the pioneering group, Every Day Life (EDL), and talked with them about their unique combination of rap and metal, formulated in 1992. The show opens with a live 2016 rehearsal performance that will convince listeners EDL still has their chops!

Tedd Cookerly, Carl Weaver, Eric Wilkins and Jim Rupe explain the thrill and fright of creating something new and the challenges of recording their improvisational, impromptu style. Lanny Cordola, producer of first Frontline album, â€œDisgruntledâ€, made it â€œshinierâ€ than the group envisioned. Mike Knott produced, and Gene Eugene engineered, second release, â€œAmerican Standardâ€, named for the toilet manufacturer, which continued their raw social criticism. Cookerly admits some lyrics included swear words, which didnâ€™t seem to bother the record label, but many Christian bookstores were ruffled by lyric and controversial content, pulling CDs from the shelves. Ironically, EDLâ€™s song, â€œSalt Circles,â€ was nominated for a â€œHard Musicâ€ Dove Award in 1999.

This conversation and reunion performance is rare and exclusive, something you donâ€™t hear every day.