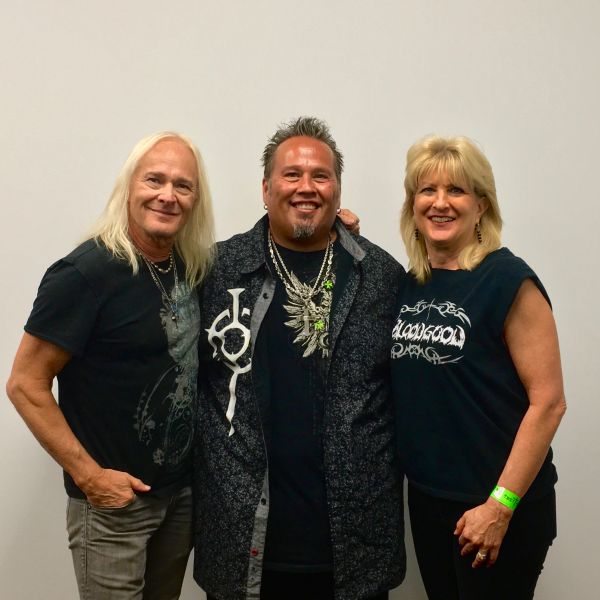 In Frontline Rewind Episode 59, host Les Carlsen gets together with his good friend, Rey Parra, front man for Sacred Warrior and Worldview, where they both perform at SoCal Metal Fest in Irvine, California. In fact, Les adds his inspiring vocals to â€œThe Chosen Fewâ€ track on the new Worldview album (by the same title).

In addition to intros for Sacred Warrior tracks, Rey tells moving stories about real God-encounters he had while touring. One story still moves Rey to tears. It is sure to move listeners as they are reminded of a challenging journey by these pioneering Christian metal ministers.

Special guest Brian Healy drops by to catch us up on his latest endeavors and we chat about the festival, which included notable performances by Tempest, Chaotic Resemblance, and Bloodgood.