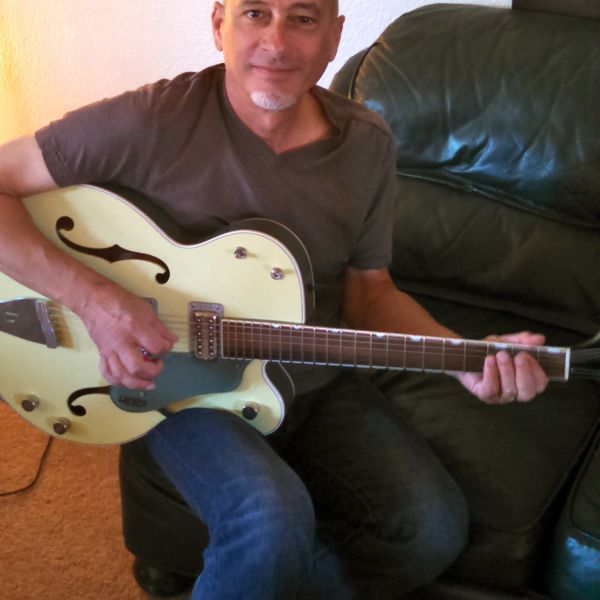 In Frontline Rewind 49, host Les Carlsen continues his interview with former bandmate and good friend, David Zaffiro. In Part 2 they dive into the creative process behind some great Zaffiro-infused Bloodgood songs that highlight his exceptional writing and playing abilities. David and Les kick off the show with a live couch concert version of â€œThe Messiahâ€.
David shares about his recent ventures, including mastering audio for Bloodgoodâ€™s independent album Dangerously Close and up-coming documentary film. He is even writing a book that includes stories about some very colorful family members. Look for re-mastered Bloodgood albums Rock In A Hard Place and Out Of The Darkness to be distributed on CD in late 2015 by Brutal Planet.