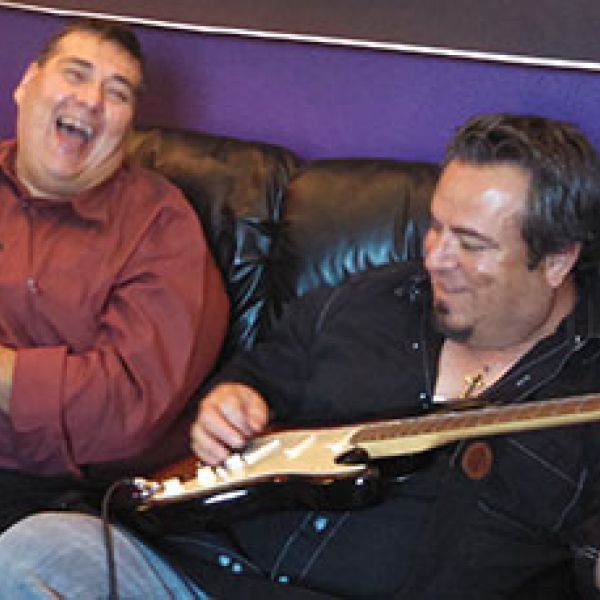 Rewind Episode 36 has a very special treat: an in-studio appearance with Deliverance members Jimmy P. Brown and George Ochoa. Jimmy and George play â€œ23â€ for the first time in 24 years. George still claims to be â€œJoe Metalâ€ and Jimmy talks about the time he met James Hetfield of Metallica â€¦ before either of them were famous.

The session includes humorous stories, live guitar and vocal performance, lots of laughs and reflections on the creation of historically influential album Weapons Of Our Warfare, originally released on Frontline Records in 1990. The show celebrates a vinyl collectorâ€™s edition of the album releasing July 15th by Roxx Productions.